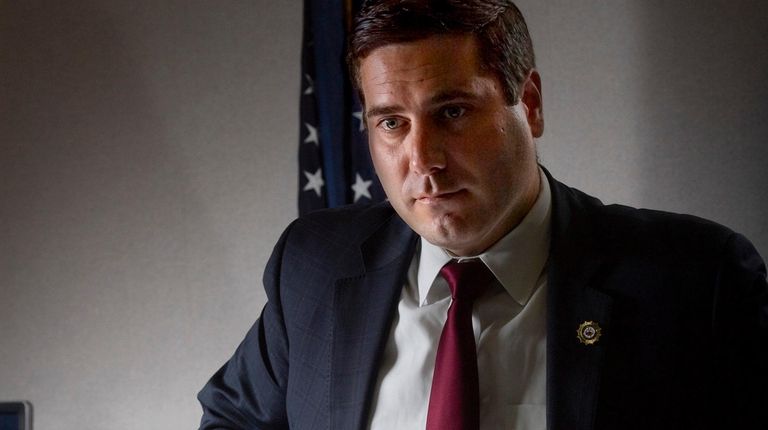 With the new arrests made Wednesday, Operation Pay Dirt has led to charges against 27 people who investigators say were involved in illegally dumping construction and demolition debris – including at Suffolk County properties where homeowners thought they were getting clean fill, Sini said.

The arrests are “a clear message to the industry that we’re not going to tolerate this,” Sini said.

Setauket homeowner Roderick Borrie said the investigation “spared” him from having illegal fill dirt dumped at his house.

A man who had offered free, clean fill on Craigslist was thwarted by state Department of Environmental Conservation police after he went to Borrie’s home to fill in areas of the yard where bamboo had been removed, Borrie said.

“They were on him like glue as soon as he pulled onto my property,” Borrie said of the suspect. “They had quite a bit of manpower tracking this guy.”.

The DEC is making sure “these bad actors are brought to justice,” agency commissioner Basil Seggos said.

Joseph Cozzo, an attorney for Delgado and his boss, Vito Fragola, 44, of Commack, said “we’re going to fight these charges vigorously.” He had questioned the operation’s tactics, asking why investigators would allow suspects “to dump this waste instead of stopping them and preventing it from touching the soil.” Fragola was among those arrested in the case last week.

Sini said investigators did “an incredible job of preventing dumping” where they could, adding that in some instances, there was no immediate evidence that fill was contaminated.

During the investigation, eight people were arrested in connection with alleged illegal dumping at a Central Islip home and commercial properties in Center Moriches and Medford, Sini said. Investigators stopped 22 vehicles and tested 137 samples of material before the bulk of the arrests on July 17, Sini said.

A special grand jury has been convened to investigate the alleged illegal dumping and look into developing regulations to prevent the practice, he said.