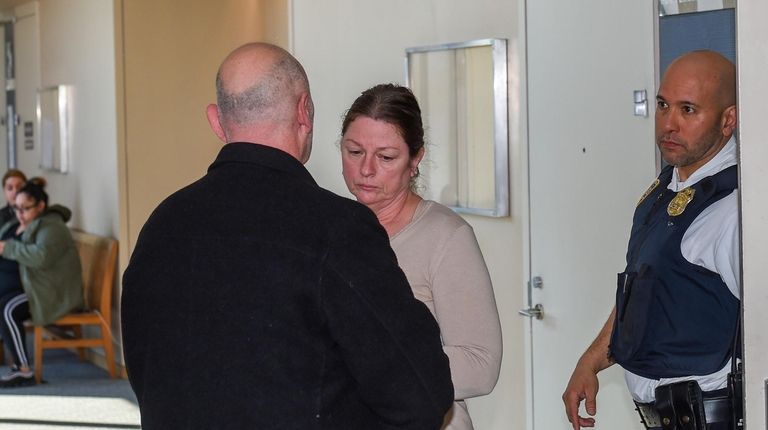 AnnMarie Drago in Central Islip Court, where she attended a status conference in her case.   Photo Credit: James Carbone

A Suffolk judge refused Monday to dismiss an indictment against the woman who ran over and killed anti-gang activist Evelyn Rodriguez, ruling that Suffolk prosecutors went out of their way to present the case fairly to the grand jury.

AnnMarie Drago, 58, of Patchogue, remains charged with criminally negligent homicide in the death of Rodriguez and faces lesser charges related to the destruction of a memorial to Rodriguez’ daughter, Kayla Cuevas. Rodriguez, 50, was run over Sept. 14 while arguing with Drago about the memorial on a Brentwood cul-de-sac.

Kayla Cuevas, 16, and her friend Nisa Mickens, 15, were found dead at that spot two years before. The girls are believed to have been killed by MS-13 gang members, and Rodriguez gained national prominence in speaking out about the gang’s violence.

Defense attorney Stephen Kunken had asked state Supreme Court Justice Fernando Camacho to review the grand jury minutes to make sure the panel was instructed properly on the law by prosecutors. In doing so, Kunken alluded to the criminally negligent homicide case against Carlos Pino, the Old Bethpage limo driver who was at the wheel when four young women were killed on July 18, 2015,  as he made a U-turn across Route 48 during a winery tour in Cutchogue.

In that case, Camacho dismissed the indictment against Pino, ruling that Suffolk prosecutors had failed to advise grand jurors properly on the law and allowed improper charges to be filed.

“Unlike that case, the grand jury presentation in this case was thorough, balanced and evenhanded,” Camacho said in court Monday. “The instructions [to grand jurors] were fair, appropriate and accurate.”

“The assistant district attorney, I think, did a remarkable job to bend over backward to make sure the grand jury was not influenced by the media coverage in the case or sympathy for the victim, Evelyn Rodriguez,” Camacho said. Therefore, he said, there is no legal reason to release the grand jury testimony or dismiss the indictment.

Lindemann quietly thanked the judge for his comments.

Afterward, Kunken said he “respectfully” disagreed with Camacho’s ruling, but now will move forward with his defense of justification. He said he will show that Drago is not guilty because she felt she was in danger after a heated argument with Rodriguez and her companion. 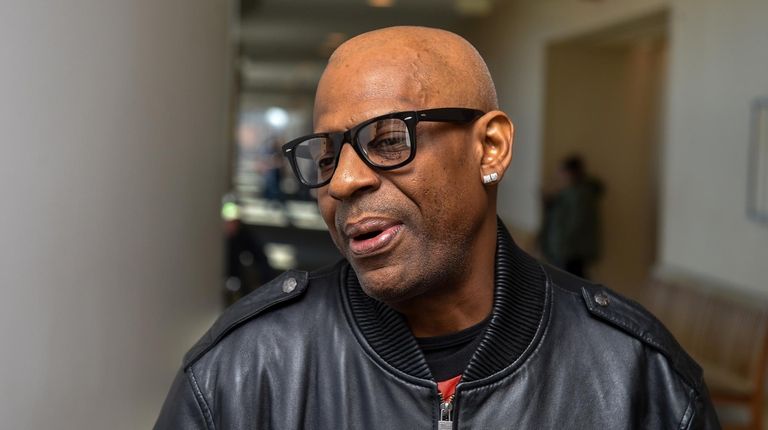 “I stated at the beginning that this incident was a tragic accident,” Kunken said. “Unfortunately, the extremely aggressive verbal attacks and physical menace which Ms. Rodriguez and [her partner]  Mr. [Freddy] Cuevas directed toward my client . . . placed my client in imminent fear of a physical assault.”

Lindemann has said Drago was trying to sell her mother’s home and felt the memorial — a collection of cards, candles, photos, signs, balloons and an elaborate floral arrangement on a table where the victims had been found two years earlier — would discourage buyers. So, Lindemann said, Drago destroyed it. She stuffed as much of it as she could in a garbage can, popping balloons and smashing vases to make them fit, he said.

Drago threw the rest, including the table, in the back of her Nissan Rogue, Lindemann said. A neighbor alerted Rodriguez to what was happening and she and Cuevas rushed to the scene, Lindemann said.

But she accelerated, Lindemann said. The impact knocked Rodriguez down and the Rogue’s rear wheel rolled over her body, he said. Drago remained at the scene.